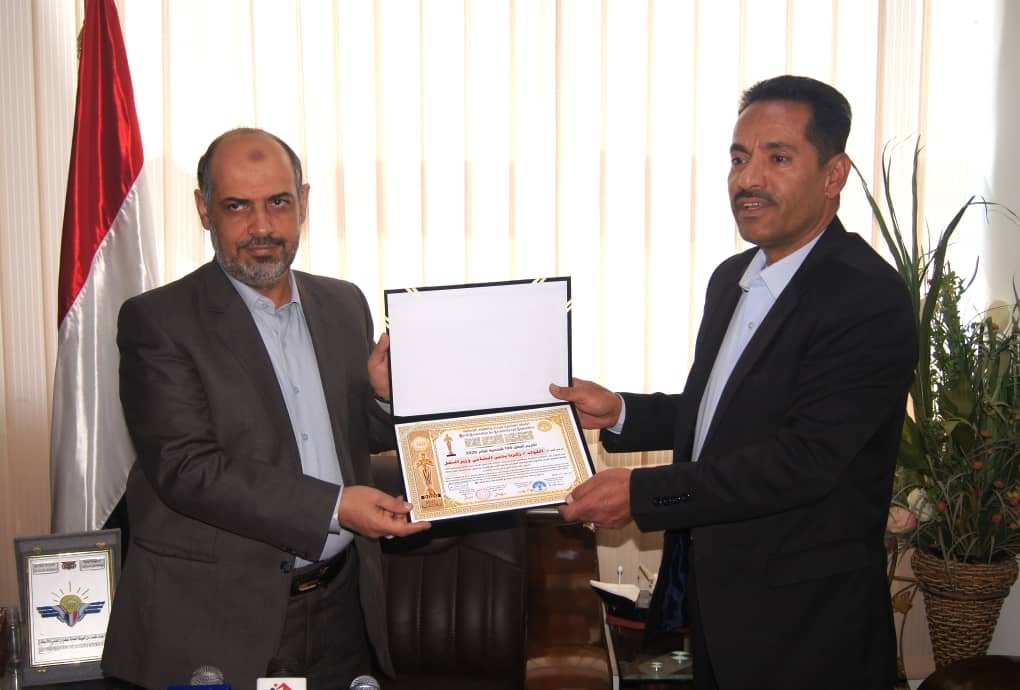 Today, the Board of Trustees of the World Association for Creativity and Human Sciences awarded the Oscar and Excellence Medal to a member of the Supreme Political Council, Sultan Al-Sami’e and Minister of Transport Zakaria Al-Shami, for their efforts in humanitarian work and defending rights and freedoms during the past year.

The selection of the member of the Supreme Council of Politics and the Minister of Levantine Transport came among 100 influential figures for the year 2020 AD, after reviewing the files of the participants and their activities in accordance with the laws of the League and the competition honoring the best 100 personalities in all fields.

The Oscar Medal and Excellence were awarded to the Director of Sana’a International Airport, Khaled Al-Shayef, as assigned by the Director of the Association’s office in Yemen.