The National Center of Meteorology reported that most mountainous provinces and parts of deserts and inland highlands are consistently affected by cold air mass.

The center expected in its air bulletin the weather will continue to be cold to very cold and the possibility of frost formation in the high parts of the governorates of Saada, Amran, Sana’a, Dhamar, Al-Bayda and Al-Dhale during the next 24 hours.

He indicated that the weather will be cold in general in the high areas of the governorates of Ibb, Taiz, Lahj, Abyan, Shabwa, Hadramout, West Al-Jawf and Marib, as well as in the desert areas during the night and early morning hours, warning of the continuation of the sharp decline in the lower temperatures.

The center urged citizens, especially the elderly, children, sick people and workers during the night and early morning hours to take the necessary precautions to prevent severe cold shocks.

He called on farmers, herders and beekeepers to protect agricultural crops, livestock and apiaries from the effects of cold weather and frost. 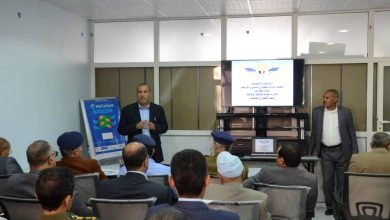