Member of the Supreme Political Council, Muhammad Ali Al-Houthi, stressed the importance of looking to the future through modern sciences, especially space sciences, with a vision and scientific production beneficial to the nation.

At the opening of the third scientific symposium on space sciences and remote sensing in issues of sustainable development and building a national spatial data container, which is organized by the Yemeni Center for Remote Sensing in cooperation with the Ministry of Communications and Information Technology over a period of two days, Muhammad Ali al-Houthi explained that space sciences reveal facts that were absent. About humanity and attention should be paid to these sciences to benefit from them in various aspects.

He pointed to the need to keep pace with everything new in modern science by examining, researching, studying and investigating the accuracy of the information in order to reach the scientific and technical development that others have reached.

He pointed out that the researcher today, through monitoring and advanced technologies, can reach the horizons of renewed knowledge.

The Supreme Political Member directed the development of educational curricula and policy in the basic stages, attention to creative students, and the establishment of a special college for space science engineering.

He also directed telecommunications companies to allocate funds to support scientific research for outstanding students and innovators, saying: “The more we create scientific cadres, the greater the achievements.”

He valued the participation of the Arab Republic of Egypt, in the scientific symposium represented by the National Authority for Remote Sensing and Space Sciences.. He called for more openness to the Yemeni people.. He said, “Yemen is open to everyone while preserving its independence and freedom.”

In the symposium, which was attended by the Ministers of Public Works and Roads Ghaleb Mutlaq, Transport Amer Al-Marani, and Planning Abdul Aziz Al-Kumaim, the Minister of Communications and Information Technology, Eng. Misfer Al-Numeir, explained that space and the galaxies and planets it contains, God made them prepared for the benefit of man.

He pointed out that the beholder of space and its uses from the Qur’anic perspective invites man to be thankful and take advantage of these blessings within the framework of his assignment in the construction of the earth.. Pointing out that this annual symposium related to space and the accompanying activities in which various relevant authorities and parties benefiting from space sciences and its applications participate.

Minister Al-Numeir stressed the importance of benefiting from the uses of space, remote sensing techniques, map systems and satellite images, including those concerned with agriculture, transport, aviation, fisheries and urban planning.

He indicated that the aim of the symposium is to contribute to building the forces of the future by inspiring interested people, researchers and students and highlighting this aspect in Yemen as one of the basic aspects of development, as well as educating the public about space activities, raising the interest of young people in science, technology, engineering and mathematics, enhancing international cooperation in raising awareness of space issues and encouraging increased uses of space for purposes sustainable economic development.

He pointed out that the Yemeni Center for Remote Sensing is the concerned authority in Yemen by virtue of its specialization in collecting and receiving space data for remote sensing techniques, modeling, classifying and presenting it to the beneficiary government agencies and providing a set of ready-made applications for that data.

Minister Al-Numeir condemned the negative uses of space science and its applications by the world’s arrogant hegemonic powers, which contradict the declared slogans and international treaties.

He called for the adoption of a national space strategy that includes all aspects and basic axes to represent a sound basis and starting point for building and forming the future Yemeni national space sector, building the relevant institutions and organizing legislation, leading to the provision of space services.

While the Vice-President of the Higher Authority for Science, Technology and Innovation, Dr. Abdul Aziz Al-Houry, explained that the national vision for building the modern Yemeni state, science, technology and innovations paid great attention within its matrix.

He pointed out that the renaissance of nations can only be measured by the level they have reached in science and technology, pointing out that the authority stimulates innovation and science and its development.

He stressed the importance of digital data to access accurate and correct information and to reach realistic results that reduce costs in infrastructure work and sustainable development.

Al-Houri touched on the Yemeni early warning project, which has been in development for two years, and is considered a pioneering experiment to predict events, make alerts via text messages, and take appropriate decisions at the right time.

He pointed out that the authority presented a working paper in the digital fields of agricultural crops, seasons and monitoring of variables on the surface of the earth.

In turn, the head of the Yemeni Center for Remote Sensing, Dr. Khaled Khanbari, touched on the work carried out by the center in order to unify data for all government agencies in a way that benefits the work of projects, especially those related to infrastructure to achieve sustainable development.

He pointed out that the center has a unified digital map that achieves for all government institutions and agencies to build sound trends in their future projects.. He stressed the center’s keenness to keep pace with the challenges of the times in adopting modern technologies, transferring and settling them among workers in this field in line with Yemen’s environment and its development needs.

Khanbari pointed to the importance of creating a national spatial data container, which is one of the priorities of the government’s program in future sustainable development.. He pointed out that the aim of the symposium is to open new knowledge horizons and create channels of communication with government sectors benefiting from space technologies.

He explained that the center’s organization of this symposium comes within the activities of the World Space Week, which the United Nations celebrates during the month of October, to shed light on space technologies and satellite data in sustainable development.

In addition, the head of the National Authority for Remote Sensing and Space Sciences in Egypt, Dr. Muhammad Bayoumi Zahran, affirmed Egypt’s keenness to transfer its expertise in space sciences to Yemen.

He pointed out that the National Authority for Remote Sensing in Egypt has interests in agriculture, water, engineering applications, space sciences, aerial photography and meteorology to achieve sustainable development.

Subsequently, a member of the Supreme Political Council, Muhammad Ali al-Houthi, along with the Ministers of Communications and Transport and the head of the National Center for Remote Sensing, was briefed on the exhibition accompanying the symposium, which contains technical innovations and models for students of the College of Engineering from several universities.

They listened to an explanation of the innovations and models related to astronomy, space sciences and agriculture, including the intelligent mobile robot using artificial intelligence algorithms.

They also visited the planetarium, which simulates celestial bodies and outer space.

The papers reviewed the preventive role of remote sensing in reducing environmental risks, the uses of remote sensing and geographic information systems to produce the national map, and the role of space in promoting sustainable development.

The symposium was attended by the Undersecretary of the Ministry of Communications for Financial and Administrative Affairs Ahmed Al-Mutawakel, the technician, Eng. Taha Zabara, the Assistant Undersecretary, Eng. Abdul Rahman Abu Talib, the Director General of the Public Telecommunications Corporation, Eng. Sadiq Mosleh, the CEO of the International Telecom Company, Dr. Ali Nassari, and the Chairman of the Board of Directors of Yemen Mobile Issam Al-Hamali. 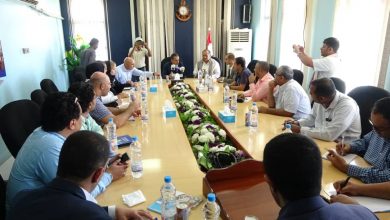 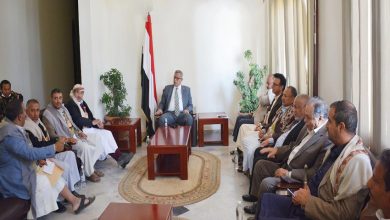