Prime Minister Dr. Abdulaziz Saleh bin Habtoor said, “The scientific theory resembles an organism that can grow and develop and take advantage of the scientific and cultural environment in which it was raised.”

This came during the Prime Minister’s participation today in the scientific event of presenting and discussing the theory of surplus in the dialectic of social development from the communal society to the global of Dr. Hammoud Saleh Al-Oudi, organized by the Manarat Center for the period from 5 to 7 October with the participation of a group of academics, researchers and interested people.

Dr. Bin Habtoor pointed out that science has no limits or a specific time distance, indicating that the theory under discussion today is a dialectical theory that exists and has its thinkers and has a presence in human society.

He emphasized that what the world is experiencing today and its theories is not an arbitrary financial administrative issue, but rather an accumulative, knowledge, scientific and cultural social struggle at the level of generations since more than five thousand years.

He explained that many scientific and social theories have failed at a time when the capitalist theory based on the idea of ​​consumerism and satisfying desires faces an influential challenge represented by the technical epistemology that China is currently leading.

The Prime Minister said, “Dr. Hammoud Al-Oudi raises in us the curiosity of the researcher and the mujtahid, as well as the curiosity of a professor who flips through the notebooks of history in order to produce a developed theory. He certainly did not come with it from a vacuum, as it is an extension of a series of social humanities.”

He added, “Lethargy cannot bring about an idea. Likewise, repeating the words that one hears cannot lead to the deduction of a new theory like the one we are looking at today.”

He continued, “The scientific theory when it comes from Yemen, it represents a double value for us, so how when it comes under conditions of aggression, siege, etc., this makes us feel that we are a society that produces and gives and a society not as it is intended for it.”

“The Saudi and Gulf consumer society still looks at the Yemeni inferior and considers it just a simple factor and forgot that those who built its cities were the Yemenis over the past decades,” he said, pointing to the history and ancient civilization of Yemeni people, which historians confirm that it is one of the oldest and most developed human civilizations at the time.

The Prime Minister indicated that the Yemenis should be proud and proud of this bright past, which today those who are urgent in history seek to distort it.

In the opening, which was attended by the presidential advisor, Professor Abdulaziz Al-Tarb, and the Minister of Social Affairs and Labor Obaid bin Dabaie, the Deputy Minister of Higher Education and Scientific Research, Dr. Ali Sharaf al-Din and Information Fahmi Al-Yousfi, referred to the importance of scientific and knowledge thinking to address societal problems and research steps that would achieve the growth and development of societies .

They touched on the Islamic theory emanating from the Book of God and the high value it represents through which societies can address human challenges and achieve justice and social stability.

Sharaf Al-Din and Al-Youssefi emphasized that researchers are required to pay attention to this matter in their research that seeks to improve the conditions and stability of society from various aspects.

After that, Dr. Hammoud Al-Oudy gave a general summary of the theory’s background and content, followed by a comment by Dr. Ali Saeed Al-Tariq regarding questions and discussion.

The head of the preparatory committee for the event, Eng. Abdul Rahman Al-Alify, welcomed the Prime Minister, the attendees and the participants in the event .. wishing that the event would enjoy interaction by everyone and the views and constructive criticism developed for the idea 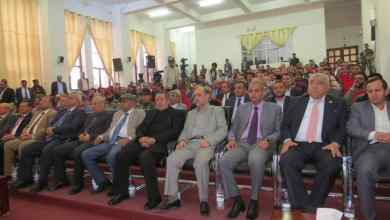 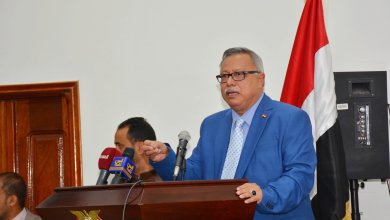 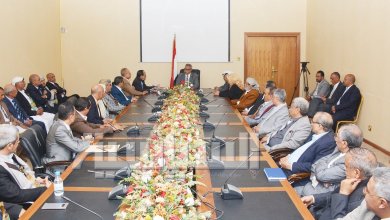 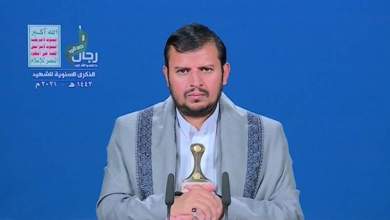