His Excellency Field Marshal Mahdi Al-Mashat, Chairman of the Supreme Political Council, called on all state agencies and institutions to work according to the planning methodology of the national vision and its executive mechanism that was recently developed and modified to serve the stage.

He pointed to the importance of assessing and overcoming the shortcomings in the work during the previous stages and supporting the plans of 2022 financially and administratively at all levels to bring about the desired transformation and leave the state of slack that the state’s organs and institutions suffered during the era of the past regimes that the aggression is keen to continue and perpetuate so that Yemen remains a failed state and a back garden.

The head of the Supreme Political Council reiterated that Yemen has transcended dependency and dependence, and that all loyal national forces participate along with the leadership and cadres of the state in building the modern Yemeni state according to scientific and methodological foundations and standards that guarantee its sustainability and success.

He praised the participatory planning and the efforts of the various sectors and authorities, urging the completion of the executive plans for 2022 and their completion until January 20th.

He said, “Yemen will win in its military, political and administrative battle, no matter what the challenges and no matter how aggressive and conspiring forces have mobilized, its doomed to failure and defeat.”

He praised the bravery of the army and the people’s committees, and the epics and victories that the heroes achieved on various fronts, as well as the targeting of the marching air force and missile force to the depth of the enemy, stressing that the state’s leaders and officials will work in the same jihadist spirit on the front of building the state.

He commended the efforts of the leadership of the Executive Office of the National Vision Administration and the vision’s executive units in state agencies and institutions, stressing the need to solve all problems and address the difficulties facing the implementation of the national vision plans to build the modern Yemeni state.

The head of the Supreme Political Council directed the Salvation Government to support capacity-building, automation, institutional building and legal reform programs that would raise the level of performance of public service units and improve and develop services provided to citizens. 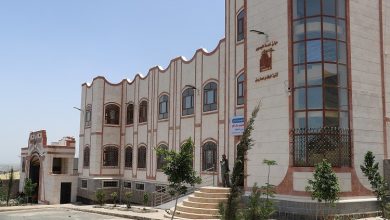 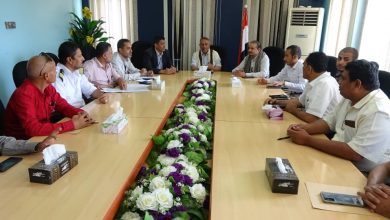