The Leader of the Revolution, Mr. Abdul-Malik Badr Al-Din Al-Houthi, affirmed that the mental and psychological preparation for receiving the month of Ramadan must be among the first to prepare for this holy month.

The Leader of the Revolution called in a televised speech today in an expanded meeting in the capital, Sana’a, to prepare for the month of Ramadan, in the presence of state leaders, scholars and social figures, to carry out broad official and popular cleaning campaigns in which everyone cooperates, to clean the cities in the capital Sanaa and the governorates, and this will be part of what we receive in the month of Ramadan .. pointing out that Stripping mischief from the road is a branch of the faith.

He pointed out the importance of turning to God in the month of Ramadan and strengthening the link with the Holy Quran more as a book of guidance.

The Leader of the Revolution pointed out that Muslims suffer from diaspora, division, cultural and intellectual differences, interests, projects and positions to a terrible extent, and everyone comes with priorities and tries to impose them in the arena .. stressing that everyone needs to follow the example of the Holy Qur’an and make it a priority and submit to its guidance and detachment from all other cultural influences. .

He also emphasized the need for the nation to return to the Qur’an and the Qur’anic culture to adopt all its orientations on its basis .. He said, “It is very important in the month of Ramadan to turn a great deal to the Holy Qur’an to guide it. .

Mr. Abdul-Malik Badr Al-Din Al-Houthi pointed out the importance of having a wide activity in the arena during the holy month by thinkers and scholars on the basis of the Holy Qur’an and the pursuit of guiding the nation with the Book of God and addressing the challenges and problems facing the nation.

He mentioned that Ramadan is the month of patience and sympathy .. He added, “One of the greatest deeds of righteousness and goodness to God during the month of Ramadan is helping the poor, the vulnerable and the distressed, giving kindness to people and helping the needy and needy.” 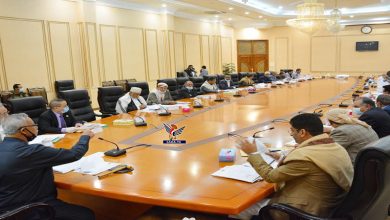 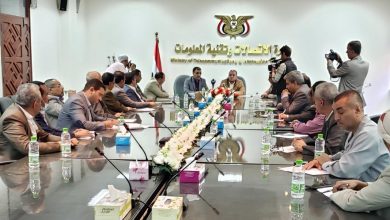