A workshop was held in Sana’a on voluntary reporting in civil aviation safety, organized by the General Authority of Civil Aviation and Meteorology, represented by the Aviation Safety and Security Affairs Sector.

The workshop, which was attended by 180 people from various sectors of the authority and the Yemeni Airlines Company, aimed to encourage aviation employees and citizens to use the voluntary communication via the electronic link cama.gov.ye when noticing any potential danger that may turn into an accident and disaster, in addition to exchanging information for what can be improved. Air safety, establishing a database and spreading a positive safety culture.

In the workshop, Minister of Transport Amer Al-Marani stressed the keenness of the ministry and the General Authority for Civil Aviation and Meteorology to enhance and develop civil aviation and air navigation services provided to international airlines that cross the airspace of the Republic of Yemen, especially in the safety and security of civil aviation.

In turn, the President of the General Authority of Civil Aviation and Meteorology, Dr. Muhammad Rahman Abdul Qadir, stressed the encouragement of citizens to report any danger that threatens the safety and security of aviation and to identify a database that improves the safety of civil aviation.

He referred to the authority’s endeavors to provide the best services through its cadres and technical and professional expertise, pointing to the international certificate that Yemen obtained with regard to ensuring air traffic safety, from the International Aviation Organization (ICAO).

For his part, the Authority’s Assistant Undersecretary for Aviation Security Safety Sector, Dr. Abdul Hamid Abu Taleb, indicated that holding the workshop comes in implementation and commitment to the decisions of the International Civil Aviation Organization (ICAO).

He said the voluntary notification is of great importance in ensuring the safety of aviation security and preserving the lives of passengers, indicating that the voluntary amount is strictly confidential.

The workshop, which was attended by the Undersecretary of the Ministry of Transport for the Air Transport Sector Abdullah Al-Ansi, the Chargé d’Affairs of the Yemeni Air Company Abdulmalik Mutahar, the assistant undersecretaries for the sectors of the General Authority of Civil Aviation and Meteorology and the directors-general of the authority, dealt with three main axes. 57- CAAP , and the third on sources and examples of voluntary communications. 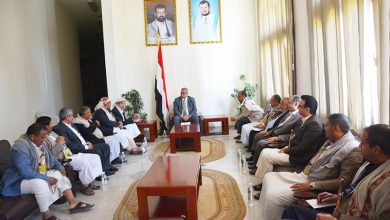