The Executive Unit of the National Vision for Building the Modern Yemeni State at YRSPC  discussed in its meeting today, Monday, headed by the Chairman of the Board of Directors – CEO of the Foundation, Captain Muhammad Abu Bakr bin Ishaq, the plans and projects implemented within the foundation’s matrix of initiatives for the first phase 2019-2020.

The meeting, in the presence of the Vice Chairman – Deputy CEO of the Foundation, Eng. Abbas Yahya Sharafuddin, reviewed the priority plans and projects in line with the current stage and according to the necessary needs.

In the meeting, Captain Ishaq stressed the importance of the national vision in building state institutions and activating their role in community service and achieving a comprehensive renaissance in all fields.

He pointed out the importance of implementing priority plans and projects during the resilience and recovery phase, in line with the necessary needs, standards and guidelines for the vision.

He urged concerted efforts and activation of performance to keep pace with the stages of the national vision and implement it, each in its own right, according to the perpetual executive mechanism, and to achieve its objectives in serving the institution and its facilities and serving its clients as an integrated system.

MP Sharaf Al-Din stressed the importance of the institution’s competent departments assuming their role in laying down appropriate mechanisms to transform the national vision into a tangible reality.

He pointed out the importance of following the technical rules to implement the vision, plans, programs and projects in a way that ensures strengthening steadfastness, stability, coordination and complementarity of roles to overcome the current challenges imposed by the aggression and siege.

The meeting was attended by members of the unit represented by the Director General of the Port of Salif Ahmed Muhammad Atta, the general directors of the Office of the Chief Executive Nabil Omar Al-Mazjaji, Planning and Statistics Dr. Waddah Abdullah Majmil, the container terminal Captain Muhammad Al-Sayyus, and Legal Affairs Mutahhar Al-Ammadi. 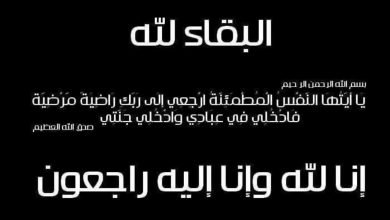