H.E. Brigade/ Zakaria Al-Shami- Minister of Transport chaired a meeting in Meteorology Sector in which he discussed the plans and development projects for year 2019. The meeting which was attended by the Chairman of CAMA- Dr. Mohamed Abdulkader, advisor of the Ministry of

Transport- Ahmed Mayyad, Asst. Deputy Chairman of Meteorology Sector- Mohammed Hamid, reviewed the achievements of the Sector during the past year and the expansion of its activity in a number of Governorates.

The meeting also addressed the difficulties facing Meteorology Sector, especially under the aggression and blockade. During the meeting, the Minister of Transport affirms the interest of the Ministry and its keenness to provide all facilitations and support to develop Meteorology
Sector since it provides services that are enhancing the national economy in the fields of agriculture, trade and economy.

He pointed out to the importance of combining efforts and work with the spirit of one team to improve the performance level in the field of air meteorology. He also stressed the need to enhance levels of job discipline, assessment of performance, submitting work progress reports
and activate the technical cadres to enable them to provide excellent services that shall enhance the work of Meteorology Sector.

On his part, Chairman of CAMA referred to the development plans and programs for the current year, pointing out to the achievements that have been executed by Meteorology Sector in land, sea and air fields. He clarified that CAMA is currently studying the establishment of
an Early Warning Center in Yemen.

In the meantime, the Asst. Deputy Chairman of Meteorology Sector pointed out that the strategic plan includes the rehabilitation and development of climate observation network in all the Governorates of Yemen in accordance with the international developments in order to meet the beneficiaries’ needs of air meteorology services in due course of time particularly in
the air, marine navigation and land transport. 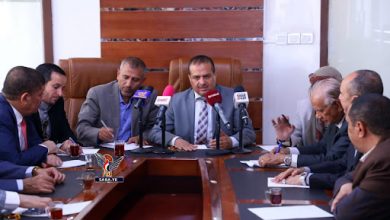 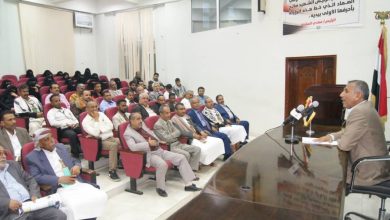