Prime Minister Abdulaziz bin Habtoor affirmed that the government is obligated to prepare and provide all incentive factors and facilities for the private sector to invest in various sectors, including the investment sector.

This came during his participation in the “second session” investment forum, which was held by the General Authority for Investment in the Capital Sana’a, to discuss investment opportunities in the electricity and energy sector and ways to overcome the challenges that this sector is currently facing in partnership between the government and the private sector in a way that serves the restoration and development of its pivotal role in service Development and requirements for the advancement of the industrial sector.

The Prime Minister referred to the directives of the leader of the revolution, Sayyed Abdulmalik Badr al-Din al-Houthi, regarding facilitating and simplifying procedures for the private sector, and mobilizing the different roles of all state institutions to bring about real development in various vital sectors.

Bin Habtoor praised the valuable roles played by the private sector during the years of aggression and blockade and its contribution to providing basic food and medicine needs as well as limited investment in the electricity sector.

He explained that the central and local concerned authorities, in the forefront of the General Authority for Investment and its employees, are concerned with facilitating and simplifying procedures for investors and providing assistance to implement their projects.
He stressed the need to address all bureaucratic procedures and work to overcome the obstacles that prevent the achievement of development and to confront the discouraging practices that some people carry out to obstruct the path of development.

The Prime Minister touched on the outcomes of the first session of the forum, hoping that the General Authority for Investment would have benefited from them in overcoming difficulties and sterile bureaucracy.

He indicated the importance of the dialogue forum in discussing problems and developing solutions jointly between the concerned government agencies and the private sector, which represents the most important pillar in the investment process, explaining that open dialogues lead to positive results, while closed dialogues lead to creating a non-positive environment.

Dr. Bin Habtoor confirmed that the government, through its specialized agencies, will not hesitate to carry out its duties and deal with all responsibility with any serious proposals for the private sector to invest in the production of electric energy, including activating the roles of all parties to ensure the implementation and operation of investment projects in this sector.
He added, “By the grace of God, we are taking steps towards pe ace, and when peace comes, the stage of reconstruction will come, and development will result in the wheel of the economy turning in a whole way”, pointing out that all state institutions have been affected by the continuation of the aggression and siege, and the harm has affected the Yemeni people.
For his part, Minister of Electricity and Energy Mohammed al-Bukhaiti explained that the electricity sector in Yemen has been suffering from an acute shortage of energy since the nineties of the last century until today, and it has not reached the needs of citizens’ consumption or service and investment needs.

He pointed out that the maximum volume reached by the country in electricity production did not exceed 1,800 megawatts in 2006, despite the large funds that were harnessed for the benefit of this sector at the time from local resources or through loans, which were not invested as required.

He pointed out that the ministry later resorted to filling the deficit by purchasing about 400 megawatts from ships that were moored at sea, indicating that the aggression and blockade exacerbated that suffering by targeting the infrastructure, power stations and transmission lines, which led to the disruption of the national electricity grid and the entry of the country into complete darkness during in 2015 , which was mitigated by citizens resorting to solar energy and the General Electricity Corporation restoring a limited part of its generating capabilities, then the private sector entered this aspect through small generators.

Al-Bukhaiti affirmed the ministry’s endeavor to advance the electricity sector through cooperation with the private sector according to contracts and procedures organized to invest in this vital sector and contribute to providing energy for citizens and the needs of investment and development, pointing to the signing of a memorandum of understanding with the Chamber of Commerce and Industry in the capital Sana’a for the possibility of contracting between the government represented by the Ministry of Electricity and the private sector to invest in the field of electric power generation.

He stated that typical documents were handed over to the private sector for review and enrichment with constructive opinions and observations, enabling the two parties to sign real projects that guarantee the rights of the state, the investor and the citizen based on the Electricity Law, pointing to the possibility of private sector investment not only in the field of generation, but also in the field of distribution by establishing networks according to contracts that guarantee the rights of the state and the investor.

In turn, Chairman of the General Authority for Investment Yasser al-Mansour reviewed the issues included in the dialogue, foremost of which are those related to achieving the requirements of the electricity and energy sector to contribute to building an economic and development renaissance.

Al-Mansour pointed out that the forum aims to put participants from the stakeholders and the private sector in front of opportunities and critical issues in the electricity sector, which constitute a challenge in the stages of creating opportunities and projects for energy production and distribution, as well as knowing the extent of the readiness of the actors in the electricity and energy sector and the private sector to meet these requirements and overcome challenges.

For his part, Chairman of the Chamber of Commerce and Industry in the Capital Hassan al-Kbous touched on the critical issues that faced the partnership between the government and private sectors during the last period, indicating that investment needs to provide large and cheap energy that stimulates the investor to establish various projects, including industrial ones, and production at an appropriate cost.
He reviewed the nature of the challenges facing the local investor in order to provide electric power to ensure the success of the project, stressing that internal and external investment can only take place or develop through providing the necessary energy with high generation capacities.

The interactive forum attended by Minister of Transport Abdulwahab Al-Durra and Deputy Minister of Industry Ahmed Al-Shotri and agents of the Ministry of Electricity and officials of its affiliates, and representatives of relevant bodies and the private sector a presentation on investment advantages and political will, and proposals on the bases and criteria for investment in the generation and distribution of clean energy and its delivery to citizens at a lower price and the development of industrial renaissance and the operation of utilities and service facilities, drawing on the experiences of some countries in this field. 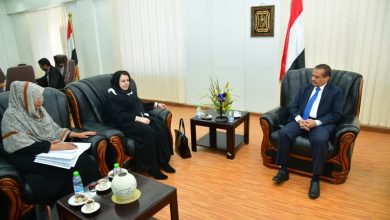