The Council of Ministers, in its regular meeting headed by  P M, Dr. Abdulaziz Saleh bin Habtoor, approved the draft spending plan for the fiscal year 2021 AD in accordance with the financial ceilings of the spending plan for the past year … and directed that it be referred to the House of Representatives for discussion and the completion of the necessary constitutional procedures for ratification.

The Council praised the efforts made by the Deputy Prime Minister for Economic Affairs, Minister of Finance and all officials and stakeholders in the ministry and its affiliated bodies to mobilize revenues and ensure the provision of the necessary allocations to meet the inevitable obligations, foremost of which are the urgent needs of the fronts and operational expenses.

He denounced the systematic waste and looting of Yemen’s oil, gas and other sovereign resources by mercenaries and militias of the American-Saudi aggression for personal enrichment at the expense of the suffering of the Yemeni people and the overwhelming majority of employees of public service units whose salaries have been suspended since the disastrous decision to transfer the jobs of the Central Bank of Yemen to the Aden branch. Denouncing the complicity of the international community and the Security Council in the economic war directed directly against the Yemeni people and the segment of employees in the foreground.

The Council stood before the main directives included in the Ramadan lecture by the leader of the revolution, Mr. Abdul Malik Badr Al-Din Al-Houthi, yesterday, Tuesday, regarding the conditions of childhood and the importance of a sound upbringing of them spiritually, physically, behaviorally and identity and protecting them from various forms of verbal, physical and moral violence in order to ensure Yemeni generations are free from various psychological diseases capable of Carrying responsibility in the future with a healthy spirit and a clear identity that is not contested by the desires and dark ideas that destroy life and the spirit of coexistence that characterizes Yemeni society over many societies.

The Council directed the concerned authorities to take the necessary measures to translate what was included in the determinants of the leader of the revolution, each in their respective jurisdiction .. stressing the ministerial committee formed by the council in its previous meeting to study the draft bylaw for centers to combat the phenomenon of begging to comprehend what was included in the determinants regarding the exploitation of children in begging and to include them in the draft regulations .

The Council of Ministers called on the masses of the free, generous Yemeni people to participate in the Jerusalem Day event, which will be held on the last Friday of the blessed month of Ramadan in the secretariat of the capital and the governorates in solidarity with the children of the oppressed Palestinian people whose lands have been occupied by the Zionist gangs for more than seventy years .. stressing that the continued standing Solidarity with the Palestinian people is a religious, fraternal and moral duty, and it is the least that can be offered to our brothers in occupied Palestine by the racist Zionist entity.

The Council renewed the principled positions of Yemen and its people in supporting their brothers, the sons of the Palestinian people, and supporting them to regain their usurped lands and establish their independent state with Al-Quds Al-Sharif as its capital.

In light of its discussion of the draft national strategy for the care of the elderly submitted by the Minister of Social Affairs and Labor Obaid bin Dabaie, the Council formed a ministerial committee from the relevant and relevant ministries headed by the Deputy Prime Minister for National Vision Affairs Mahmoud Al-Junaid, to discuss it in all respects, and that the committee raises the results of its work to the Council For final discussion at its next meeting.

The Council approved the vision presented by the Ministry of Higher Education and Scientific Research regarding the establishment of the annual cultural week in Yemeni universities starting from the current academic year and that it does not conflict with the university student week, so that the cultural week is held in a public or private university annually with the participation of other universities within its activities And its activities.

The project aims to consolidate and strengthen the faith and faith among students in universities, as well as contribute to developing their skills, abilities and scientific, cultural and sports tendencies, as well as motivating and encouraging them to pursue scientific research, creativity and innovation, in addition to reviving the cultural and popular heritage of Yemen.

The Council directed the Ministers of Higher Education and Scientific Research and Legal Affairs to prepare a draft bylaw organizing the holding of the Cultural Week and submit it to the Prime Minister for issuance.

In light of its review of the military and security reports, the Council praised the various victories achieved by the army, the popular committees and volunteers on all fronts in general, and the Ma’rib front in particular, and the level of high-level military field operations the tactics that they adopt in their confrontation with the invaders and their mercenaries, as well as their legendary steadfastness and steadfastness.

The Council also praised the security efforts and plans of the Ministry of the Interior and its security agencies, and the qualitative achievements made to benefit the security and safety of citizens, and to enhance internal security and community peace.

To that, the Council directed its best congratulations and congratulations to the leaders of the General Union of Yemeni Workers and all workers today, the International Workers’ Day, which falls next Saturday … noting the honorable national march of trade unions and workers and their history full of struggle and struggle that began with the uprising against the British occupier in the 1950s and 1960s. Twenty.

He considered the steadfastness and steadfastness of workers and workers in the work and production sites over the past seven years of aggression and blockade, a natural extension of those national roles and attitudes supervising the free Yemeni labor movement belonging to its large Yemeni homeland.

The Council affirmed that the National Salvation Government renewed on this annual labor occasion that, based on the directives of the President of the Supreme Political Council, His Excellency Field Marshal Mahdi Al-Mashat, it will spare no effort to alleviate the suffering of the workers and workers that it caused. Continuous years, as well as working to address their issues in partnership with the Yemeni Workers Union and employers.

The council had begun the session by reading Al-Fatiha on the soul of the late General Yahya Muhammad al-Shami, Assistant Supreme Commander of the Armed Forces, and on the souls of all the nation’s righteous martyrs whose lives had risen while defending the sins of the homeland and the pride of their homeland and their people .. asking the Almighty Almighty to give everyone the mercy of his mercy and forgiveness. And their pleasure, and their highest paradise, and to grant a speedy recovery to all the wounded and injured, and the return of the prisoners to their families.

The council welcomed the new ministers, namely, Minister of Justice, Judge Nabil Nasser Al-Azzani, Minister of Civil Service and Insurance Salim Muhammad Al-Mughalis, Minister of Transport Amer Ali Al-Marani and Minister of Youth and Sports Muhammad Hussein Al-Moaydi, expressing his confidence that they will be the best successor to the best predecessor. 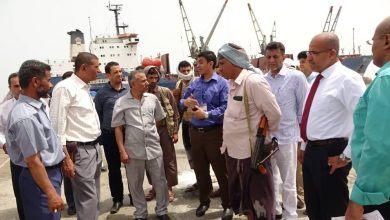 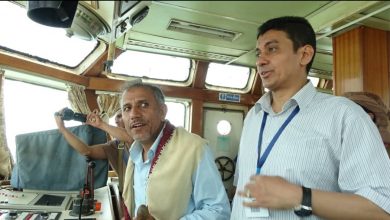 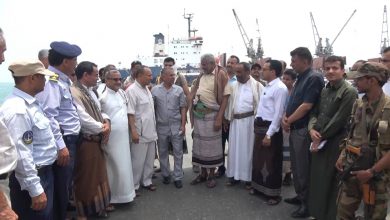