In its warning bulletin this evening, the center stated that by following up the satellite images and the outputs of numerical forecasts and surface observations, a mass of dust originating from the northeast of the Arabian Peninsula is found, moving south and currently affecting parts of the Empty Quarter desert.

The Center warned citizens in desert areas that are expected to be affected by the dust, especially chest patients, the elderly and children, not to be directly exposed to dust because of its damage to public health.

He also warned those dealing with sensitive electronic devices to protect their devices from the effects of dust, calling on vehicle drivers on desert roads to exercise caution and beware of a decrease in the range of horizontal visibility 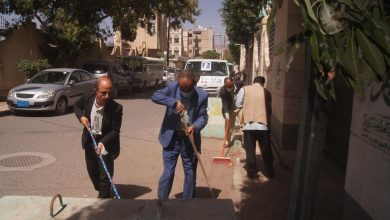 The Ministry of Transport is implementing a cleaning campaign 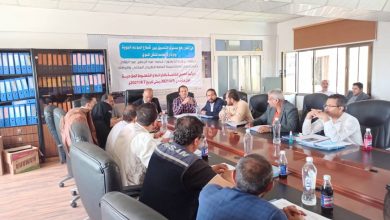 a workshop on maps and shipping lines.

CEO of the YRSPC , Captain Muhammad Ishaq: Two billion and 160 million riyals, the total losses of the corporation due to the aggression and blockade