The Minister of Transport, Major General Amer Al-Marani, the leader of the blessed revolution, Mr. Abdul-Malik Badr Al-Din Al-Houthi, and the head of the Supreme Political Council, congratulated President Field Marshal Mahdi Al-Mashat, members of the Political Council and the great Yemeni people on the 54th Independence Day, November 30, the anniversary of the expulsion of the last British soldier from the south of the country.

The Minister of Transport expressed the highest congratulations and blessings to the revolutionary leadership, the council and the politician on this national occasion during which the old occupier experienced disgrace, humiliation, humiliation and abuse at the hands of the free and revolutionaries in the south of the dear homeland.

He said, “The British Empire at that time remained occupying the south of the country for nearly 129 years, plundering the nation’s wealth and exploiting all its capabilities for its personal interests, killing the people and wreaking corruption on the land without the world moving a finger.”

Minister Al-Marani affirmed that the old occupier and the new occupier are two sides of the same coin in all of its plans and objectives aimed at tearing and dividing the single Yemeni body.

He pointed out that the fate of the brutal occupier, no matter how long it lasts in the land of Yemen, is destined to demise and leave, and the right remains for the owner of the right and the land.

The Minister of Transport stressed that the day will come when Yemen in the south and north of Yemen will take its decision and gain sovereignty and independence after defeating the forces of invasion and occupation and their mercenaries from all of Yemeni soil. 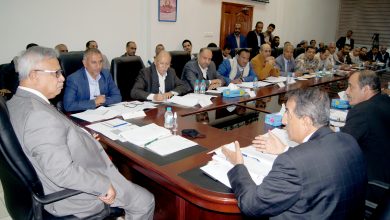