The employees and workers of the Yemeni Red Sea Ports Corporation and the sectors operating in it organized on Sunday 7/2/2021 a protest stand in the corporation’s headquarters – Hodeida Port to condemn the aggression’s countries and their mercenaries’s kidnapping of displaced women in the kidnapped city of Ma’rib, as well as the continued detention of oil derivative ships and preventing the entry of commercial ships And food.

The Foundation pointed out that the inclusion of women in conflicts is one of the characteristics of cowardly intruders into Yemeni society, its customs and virtuous values, and a stain on humanity’s face.

In its statement issued by the vigil, the Foundation considered that the continued detention of ships is a crime of genocide for the Yemeni people and is inconsistent with humanitarian values ​​and special international agreements, and is an unprecedented maritime piracy threatening the security of navigation in the Red Sea.

The corporation’s statement issued by the moratorium also confirmed that the continued detention of oil, commercial and food derivative ships and preventing their entry to Hodeida ports is causing damage to service institutions and negatively affects the livelihood of Yemeni citizens .

The Yemeni Red Sea Ports Corporation condemns in the strongest terms the crimes committed by the countries of the coalition of aggression and their unjust blockade of Yemen by sea, land and air, and strongly condemns the crime of mercenaries of aggression kidnapping eight displaced women in the city of Ma’rib.

The Foundation notes that the involvement of women in conflicts is one of the characteristics of cowardly intruders into Yemeni society, its customs, its virtuous and virtuous values, a black defect and a red line that cannot be touched.

It is also considered that the mercenaries of the aggression handed over the kidnapped women to the Saudi occupier, another evidence of their moral downfall and proves their involvement in similar crimes against the displaced during the past months, as happened to the captive / Samira Marsh.

The Foundation considers the detention of ships a crime of genocide of the Yemeni people, and is inconsistent with humanitarian values ​​and special international agreements, and it is an unprecedented maritime piracy threatening the security of navigation in the Red Sea.

The Foundation expresses that the United Nations and the international community, led by America, the mother of terrorism, are trading in the suffering of the Yemeni people because of the aggression and blockade.

The Foundation notes the exacerbation of the suffering of the Yemenis regarding the continued detention of ships of oil and food products and preventing their entry to the ports of Hodeida, which caused damage to service institutions and negatively affected the livelihood of the citizens and denounces the lazy United Nations silence and the failure to respond to the demands of launching oil derivatives and foodstuff vessels despite the difficult conditions that he is going through. The Yemeni people.

It also reaffirmed that the continuation of the aggression and siege for more than six years will only increase the Yemeni people steadfastness and eloquence on various economic, social, political and military fronts, and stand by the revolutionary and political leadership in its deterrent decisions taken by the coalition of aggression in response to its crimes against the Yemeni people.

The Foundation calls on the Free of the World to pressure the United Nations to do its duty to end the aggression and the blockade imposed on Yemen by pressuring the countries of the coalition of aggression to lift the restrictions imposed on the entry of commercial goods, oil derivatives and medicines through all Yemeni ports and ports.

The Foundation holds the international community, the United Nations, and international organizations operating in Yemen responsible for the continuation of the aggression, siege and crimes committed against the Yemeni people. 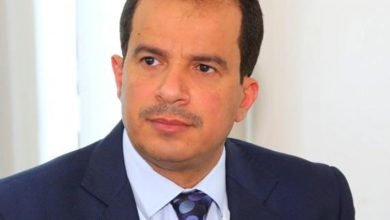 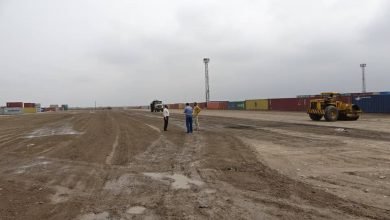 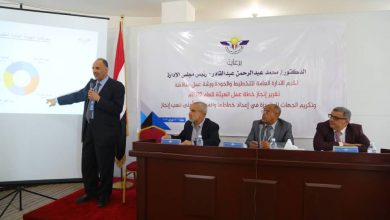